What To Do When Pulled Over: 8 Robust Steps You Can Take to Make Sure You Don’t Make Any Painful Mistakes 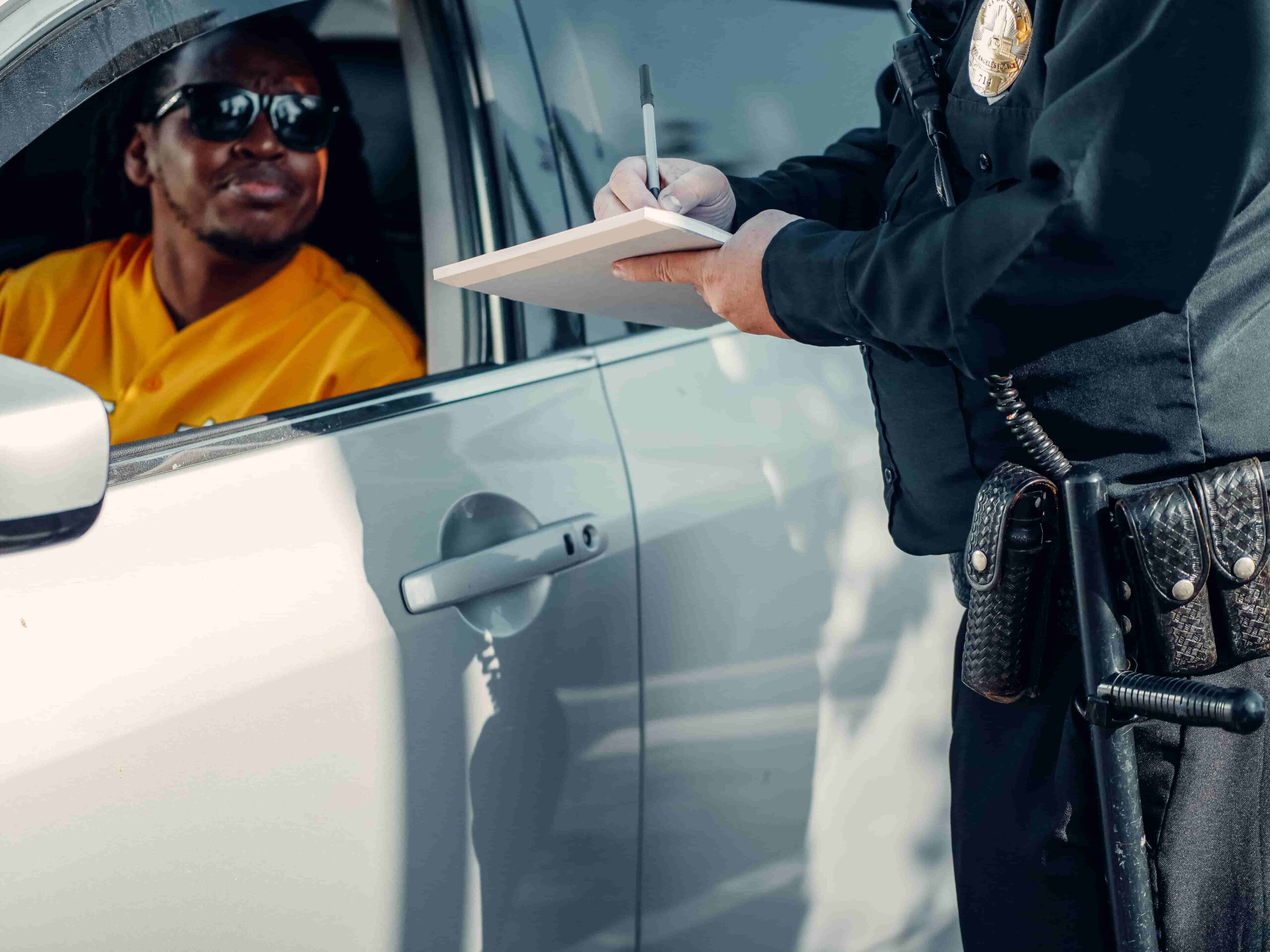 Whether you are learning ahead of time or you have recently been pulled over and might be wondering what to do when pulled over, we have valuable information for you to learn about this scenario. Everything happened so fast you were just sitting casually in your driver’s seat while blasting your favorite song, then the next thing you know, you get pulled over, and the only thing you’re hearing is the beat of your heart racing. You might be nervous about what’s going to happen when you get pulled over, but remember that officers are too; they never know what to expect. Generally, the more you help ensure the officer’s safety, the more you ensure your own.

Just because you pulled over immediately doesn’t imply guilt, and it does suggest you were aware of the situation. It’s far easier to determine precisely where and how the officer thinks you’ve broken any traffic laws by coming to a complete halt right away. In the future, if you or your attorney need to put together a defense, this material will come in handy.

Pullover in a way that will most likely appease furious or irritated traffic police. Make lane changes by using your turn signal and slowing down, but not to the point that the officer feels the need to brake to avoid hitting you. So that an officer doesn’t have to worry about getting hit by vehicles in the right lane as they approach your window, you should pull over as far to the right as feasible.

What To Do When Pulled Over: What’s at Stake When You Get Pulled Over by the Police

For various reasons, police officers pull over and speak with drivers. It could be for a bit of a broken taillight or, more serious, like a suspected DUI. In any case, it’s a tense position in which the police officer has the authority to issue a citation or worse, but the person being stopped may not know why she was pulled over in the first place.

And, yes, the stakes are indeed very, very high. Your insurance premiums are almost likely going to go up if you’re given a citation for speeding because of the fines, points, and penalties you’ll face. In the event of a DUI arrest, the consequences can be significantly more severe and costly, ranging from license limitations (or suspension) to jail time and substantial penalties.

A simple traffic stop could be the beginning of a much larger disaster. It would be best if you had “probable cause” for a police officer to pull you over, and speeding or rolling through a stop sign is enough. When a driver is pulled over, a police officer may find evidence of other criminal activity, such as illegal narcotics or an unlicensed handgun. The dangers are great, but there are steps that every driver can and should take to reduce their potential culpability in the event of a traffic stop.

What To Do When Pulled Over For Any Traffic Violation

Once it’s clear that you’re getting pulled over, take a deep breath and clear your head. Indeed, don’t panic. Slow down and signal that you’re turning to the right, so the officer knows you’re in the process of pulling over. Find a safe place to park. The officer will appreciate you stopping in a well-lit area away from traffic that allows him to exit his vehicle safely. The more you can put the officer at ease in the initial moments of a traffic stop, the better.

As soon as it becomes clear that you are likely to be stopped, take a deep breath and clear your head. Do not become very agitated. Slow down and show the police you’re preparing to pull over by making a right-hand turn. Locate a parking space that will not be easily tampered with. If you can, pull over away from traffic in a well-lit area so the officer can get out of his car securely. The sooner you can put the officer at ease during a traffic stop, the better.

Maintain a calm demeanor and keep your hands on the wheel when the police arrive at your vehicle. Never get out of a vehicle unless you are ordered by the police.

Much of what occurs after you’ve been pulled over depends on why you pulled over. There are a lot of factors that go into determining whether or not an officer will give you a warning and how likely it is that a violation will be overturned if you are ticketed.

What To Do When Pulled Over For Speeding

Injuries and even death can happen from driving too fast. As a result, law enforcement agencies engage in various strategies to deter criminal activity.

As we often refer to them, speed traps are the most common tool used by police to catch speeders. To catch people who break the speed limit, police officers will sit in medians, park in parking lots, or hide their vehicles behind signage.

However, as long as you’re not “quick and furiously” drag racing through the streets like Vin Diesel, an officer may give you a pass even if you’re speeding. Here are a few things you can do to improve your chances of getting a break:

Although you may merely receive a warning, let’s be honest. For the most part, you’ll get a ticket if you’re pulled over for speeding. There is only one goal that should take precedence over all others: Don’t acknowledge any wrongdoing.

What To Do When Pulled Over: Don’t Admit To Speeding

Let the officer begin the conversation if you’re pulled over for speeding. It would be best if you also exercise caution when responding. The phrase “can and will be used against you” is one you’ve likely heard a lot in movies and on television. To obtain confessions, the officers are encouraged to act as eager to hear your story.

The easiest method to prevent a warning may be actively participating in the process. However, the strategy is risky because you may say something that completely obliterates your ability to argue against the penalty. Don’t answer any questions about why or how fast the officer was clocked driving by just saying “no.” Don’t offer excuses or apologies. Do not be afraid to admit that you don’t know why you were pulled over.

After getting pulled over, there are some things you must say or provide to the police. There must be a way for the cop to identify you. The majority of states need you to show documentation of your vehicle’s proper registration and insurance. However, you are under no obligation and should not make any public admissions of guilt. Be polite at all times. Avoid getting into a fight. Simply say “no” if questioned if you know why you were stopped.

What To Do When Pulled Over For DUI

Being stopped for speeding is one thing, but if you’ve had a few drinks before getting behind the wheel, the consequences of being stopped might be significantly worse. Knowing what to do in the event of a DUI arrest is so critical (driving under the influence).

By and large, police officers take DUI stops very seriously. Since about 30 people are killed in drunk driving accidents every day, that works out to more than 10,000 deaths each year. A blood-alcohol level of and 08 grams of ethanol per deciliter of blood is now illegal to drive in all 50 states. To get over the.08 limit, it only takes a few drinks for both men and women, so don’t believe that having “a couple of beers” before driving is enough.

Whether you are acquitted or convicted of a DUI charge depends on your actions during and after a DUI stop. A conviction for driving under the influence (DUI) has serious consequences, both financially and in terms of your freedom. Of course, the most crucial advice is to avoid driving while intoxicated. Here’s how to respond if you’re pulled over for a DUI if you’ve been drinking and driving.

If a police officer smells alcohol or marijuana on you during a traffic stop, they will nearly always give a field sobriety test. If you can’t walk in a straight line, balance on one foot, or recite the alphabet backward, you could be arrested for DUI. You may be confident that if you are captured on camera slurring your words or losing your balance, the prosecutor will use that evidence against you in court.

Refusing to take a field sobriety test may have advantages, depending on the state. In a state like Michigan, failing to take a test can jeopardize your trial evidence. Furthermore, your attorney may be able to establish that the officer lacked probable cause to detain you because of your “watery eyes and slurred speech” (material that appears in practically every DUI police record). As a result, in some jurisdictions, refusing to take a drug test may result in the loss of your license.

You can be arrested for driving under the influence of drugs or alcohol even if you refuse to take a field sobriety test. Claims that the motorist had watery eyes, slurred speech, an open intoxicant container, or the odor of alcohol or marijuana may be enough to prompt an investigation by the police. If they feel you are inebriated, they may request a breathalyzer test.

Refusing a breathalyzer test is an option, but it is dangerous. The penalties for refusing a field sobriety test or a breathalyzer vary by state. Under the legislation governing “implied consent,” a denial is automatically followed by a 12-month license suspension. Even if you refuse, the officer may utilize additional evidence to prosecute you with DUI. Several states, including Illinois, have established “no refusal” DUI laws, which allow cops to get warrants from “on-call” courts to force defendants to take a breathalyzer test, blood test, or urine test following an arrest. These tests can be given at a police station.

If you have any doubts about your sobriety, you should take the breathalyzer test rather than rejecting it. Breath tests are commonly regarded as less reliable, making them easier to challenge in court.

What To Do When Pulled Over: Don’t Lose Hope if You Get a Traffic Ticket

Now that you have learned what to do when pulled over, hopefully these tips will help you avoid trouble the next time you’re stopped for a traffic violation. However, the reality is that being pulled over by the police almost always results in you being issued a citation. So, instead of merely focusing on how to get away with a warning, we made sure to prepare you for a fight if you end up in court.