What is a DUI Charge? Great Question! How About We Give 4 Potent Answers? Let’s Learn! 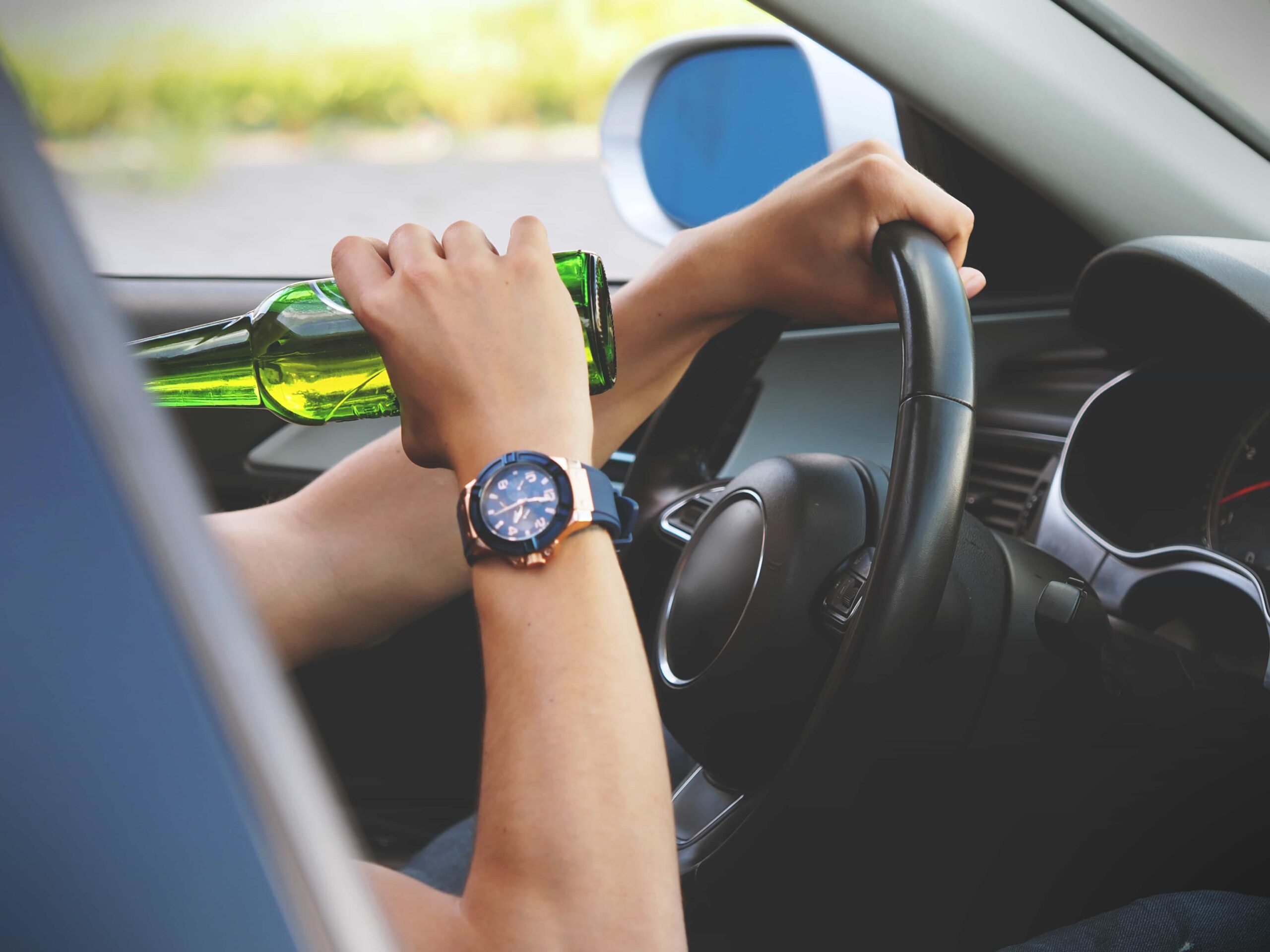 A DUI charge, sometimes known as “drunk driving,” refers to the act of driving or operating a motor vehicle when impaired by alcohol or another drug to an extent greater than the legal limit prescribed by statute, which purportedly is the amount at which a person cannot drive safely. Various states have varying definitions for the terms; nonetheless, they all refer to the same infringement, regardless of which state you were pulled over in when you were pulled over in. When someone is charged with driving under the influence (DUI), it indicates they have committed a major criminal, putting themselves and others in danger, regardless of the circumstances. It is possible to charge someone with a felony or misdemeanor for the same offense, depending on the exact facts of each situation. In addition to the fact that a DUI charge will result in a jail or prison sentence, a DUI charge of any kind will have a significant impact on your insurance rates, diver points, and the status of your driver’s license.

A DUI charge, or driving under the influence, is a charge that emerges when a law enforcement official believes you were too intoxicated to operate a motor vehicle. The impairment may be possible that the impairment is caused by alcohol, drugs, tiredness, or other circumstances. A blood alcohol content (BAC) of at least 0.08 percent may be considered prohibited in several states. Keep in mind that in many places, even if you’re sitting in the driver’s seat and your car isn’t moving, you can be arrested and charged with drunk driving. In many circumstances, if you’re operating a watercraft, moped, motorized scooter, bicycle, or lawnmower, you could get a DUI charge, SWI, or another comparable misdemeanor.

Is DUI a Criminal Charge?

DUI laws vary from state to state, but in most cases, a person arrested for DUI for the first time is charged with a misdemeanor. With a few exceptions, driving under the influence (DUI) is considered a criminal violation in most states. In other words, a DUI charge will generally appear on your criminal record as either a misdemeanor or a felony, depending on the circumstances. Misdemeanors are punishable by less than a year in jail, and felonies are punishable by a year or more. There will likely be little to no actual jail time if this is the first offense; instead, if any jail time is required under the state’s laws, it will be served on work detail, such as picking up rubbish by the side of the road. However, certain circumstances present at the time of the infraction can elevate it to the level of a felony, including:

For first-time offenders with a weak case, such as a blood-alcohol content level on the borderline, you may be offered a plea bargain for a less serious offense, such as a non-criminal infraction or a less severe misdemeanor, a careless driving charge. In exchange for agreeing to the plea deal, you will be sentenced to a lower offense. And here’s another kicker, if you score a sweetheart deal now, but you screw up and get another DUI charge down the line, there will often be enhanced penalties for that subsequent drunk driving episode. Having a DUI charge or any other crime on your record can cause all sorts of problems. But in some states, a DUI charge can be expunged from your record after a certain period has passed.

How to Beat a DUI Charge

If you receive a DUI charge, you can fight the allegations by hiring an attorney and stating that you were simply driving erratically or in an unsafe manner rather than driving under the influence. However, while it may appear possible to defend yourself in traffic court against minor offenses, doing so in the context of a criminal trial when you have been charged with one of the most hated misdemeanor counts would be a complete waste of time.

There are a variety of approaches that can be used to defeat a DUI charge. When defending against a DUI accusation, legal motions, objections, and arguments are pretty compelling. Your case should be thoroughly investigated from the outset for any legal flaws that have nothing to do with whether or not you exceeded the legal limit in the first place. In court, a DUI case is processed following strict rules, and if the rules are not followed, a judge may dismiss your case. The number of possible defenses to a DUI charge is virtually limitless, but here are some of the most frequently encountered:

Of course, there are even more safeguards in place. A clever lawyer can come up with almost any defense, though the most bizarre ones don’t always succeed. As a result, you and your attorney must provide a compelling justification, and you may be eligible for a refund during your hearing.

How To Fight a DUI Charge For Prescription Drugs

Almost everyone is aware that driving while under an illicit substance can result in a DUI arrest. Depending on the severity of the infraction, it might result in months behind bars and thousands of dollars in fines. On the other hand, many people are unaware that driving after legitimately taking over-the-counter medication may put them in a similar legal dilemma as drinking and driving. Furthermore, many people wrongly feel that because their doctor prescribed the medications they are taking, it is perfectly legal for them to drive after taking the pills, even if they become a little loopy as a result of doing so.

The law is unconcerned about the source, and whether legal or illicit, the substance – drink, street drug, or prescription – influences you and hinders your ability to drive. The only thing the law worries about is that you choose to drive while under the influence of any substance that affects your ability. How can you fight the charge of prescription drug DUI for those who took off guard? Perhaps the most compelling argument is that there is no predetermined limit to how much prescription medication is required to be a DUI. If your blood alcohol level is.08 or more, for example, you are likely to be charged with a DUI in the majority of jurisdictions. There is no magic number if you are addicted to prescription drugs like Oxycontin or Ritalin. Marijuana, by the way, works in the same manner.

The prosecutor will continue to argue that you took so much of whatever substance it is, to the point that you are unable to safely drive. That’s all the law requires a violation of the statute of limitations. Of course, establishing your incapacity isn’t always easy. You will have an easier time of it if you were driving in an unusual manner, such as across many lanes of traffic or at an abnormally high or abnormally low rate of speed.

An officer’s report and any results from any field sobriety tests you took would likely be used by the prosecutor as evidence to support her case. Only the horizontal gaze nystagmus test, in which you follow a pen with your eyes, has been found to be a risk factor for cognitive impairment. Other tests, such as walking in a straight line, do not show that a chemical has affected you. A bad knee, an uncoordinated person, or a nervous person could all be to blame for poor performance on the test.

DUI Charge After The Fact

You got away with it. You went home and drove drunk and made it home. Except, the police come knocking on your door an hour later. Can you be charged with driving under the influence after the fact, meaning after you have sobered up and are no longer piloting a vehicle?

Yes, indeed. If the prosecutor has enough evidence to persuade a jury or judge, you can be found guilty of any crime. After the fact, how do they establish a DUI case? They may have witnesses who can testify that you were intoxicated when you drove. You may argue that you had a greater blood-alcohol level when you were driving than when you were tested after the arrest if they showed up at your door within a few minutes of arriving home.

However, it will be more difficult to prove. In any case, your chances of fighting a charge are greatly improved when you have an experienced attorney on your side. This is true whether you’re facing charges for DUI, prescription medication DUI, or a DUI after the fact. To save money, you may choose to hire an attorney rather than fight the case on your own, take a quick plea, or use a public defender. For the sake of your future, get the best legal representation you can afford, as a conviction can last for a decade or more.